Take this article as the first module in learning about web3, as you will get to learn everything there is to know about a web3 wallet. Then, we will discuss the types of wallets, their pros and cons, and different web3 wallet alternatives.

Web3 is a term created by Ethereum’s co-founder Gavin Wood in his article Insights Into a Modern world, where he described Web3 as the “Post Snowden Web”. He talked about the need for us to get a zero-trust interaction system that makes users of the web in charge of their data.

Web3 is the version of the internet based on blockchain technology. It is the generation of the internet that takes decentralization as one of its fundamental core. Also, Web3 aims to put power in the hands of internet users, giving them more control of their data.

Web3 aims to enhance the version of the internet we know of today, which is web2. One of the many ways web3 will enhance the internet is through payments and identity. Web3 applications run on a blockchain or decentralized networks, known as Decentralized Apps (DApps).

Web3 and cryptocurrency go hand in hand as cryptocurrency plays a major role in web3. Different DApps use cryptocurrency as a financial incentive to encourage users to participate. Users can be rewarded for using a platform which is not the case with web2 platforms we know of.

A web3 wallet is simply a digital wallet that can be used to store digital assets. These digital assets include Non-fungible tokens (NFTs). A “crypto wallet” is the same as a web3 wallet, and it is a tool for accessing the web3 economy, allowing users to interact with Dapps.

Web3 wallets are often non-custodial wallets, meaning that the wallet owner can store digital assets without needing a third party. Furthermore, the absence of a third party eliminates the need for KYC/AML, which preserves the privacy and anonymity of wallet owners.

It simply means the wallet owner has total control over the wallet. On the other hand, there are custodial wallets, and a centralized authority like centralized exchanges usually secures them, but they cannot be used on a web3 platform.

In Web3, a user’s identity is the web3 wallet that is used to interact with the Dapp. This enhances the traditional login authentication of email and password. Web3 wallets are anonymous, but users can decide to tie their identity to a wallet publicly.

What are the Types of Web3 Wallet?

Web3 wallets are used mainly for interacting and connecting with decentralized applications (Dapps) and carrying out transactions on the blockchain. Web3 wallets are categorized into Hot wallets or Cold wallets.

Hot wallets are any crypto wallet that is connected to the internet. They are easy to use and are the most common type of wallet. Although they are called hot wallets because funds are saved online, one popular drawback of this type is the vulnerability of the wallet as they are prone to hacking and malicious attacks.

Hot wallets can be further broken down into 2 different types;

A good example of this type of wallet is the MetaMask wallet. Most web-based wallets work as extensions for browsers. Users can send cryptocurrency and interact with web3 platforms.

A very good example is Trustwallet, which allows users to store and manage assets on their mobile phones. In addition, users can use their wallets to also interact with web3 platforms using a protocol called Wallet Connect. WalletConnect is a protocol that establishes an encrypted connection between two applications, wallets, and devices.

Wallets that are not connected to the internet are called cold wallet. Instead, there are hardware devices that store cryptocurrency offline. Cold wallets are the most secure kind of wallet because they are less prone to malicious attacks and are hack-proof. Trezor and Ledger are the popular cold wallets available on the market.

We have established the fact that a web3 wallet is our gate pass into the web3 ecosystem. The advantages of using web3 wallets are as follows;

Web3 wallets are easy to use as they are very easy to set up, even for people new to cryptocurrency. A web3 wallet can be created in very few easy steps, and users can start transacting. Users can easily get wallet balance web3, and send and receive assets instantly.

Users’ privacy is a significant feature of using a web3 wallet. To interact with any web3 platform, all you need is a web3 get wallet address which is a string of letters and numbers where cryptocurrencies can be sent to and from. The wallet address also serves as an identity to interact with web3 apps.

The responsibility of securing assets is on the users. Web3 wallets ensure utmost security, and even the wallet developers cannot access the wallet, which is why users are advised not to reveal their private keys to anyone.

Users are in total control of their wallets, and since they own the private keys, all assets in the wallet belonging to the user. Web3 wallets also give users the liberty of sending their assets to anyone and anytime they like. There is no censorship because no one controls the network.

Despite the numerous advantages of web3 wallets, there are some cons associated with web3 wallets, and they are highlighted below;

Users are their bank, meaning they have to take yresponsibility for anything that goes wrong.

Some people find it to navigate through a web3 wallet for reasons like terminology or because they are unfamiliar with the new ecosystem.

There is the risk of hacking or getting attacked by malicious links when private wallet keys are compromised.

Why Do You Need a Web3 Wallet?

One of the primary reasons we need a web3 wallet is to manage crypto assets fully.Web3 wallets have simple user interaction. There are usually two main action buttons: Send button and Receive button for users to send out and receive crypto assets, respectively.

Another important reason a web3 wallet is needed is Accessibility. Web3 wallets are used as gateways to access numerous web3 platforms. Furthermore, using web3 wallets, users can gain access to DApps as most DApps require crypto assets. A very good example of such DApps is Decentralized Finance (Defi). Therefore web3 wallets can also be used as Defi wallets.

What are Web3 Wallet Alternatives?

There are a reasonable number of web3 wallets in the world right now, and they are of different types. The purpose of all web3 wallets is the same, but every single web3 wallet has a unique feature that differentiates it from the other wallets.. For example, some are web-based while some are mobile wallets, not forgetting that they are cold wallets i.e, hardware wallets.

Due to the growing number of web3 wallets, selecting from numerous alternatives can be difficult for a user. Therefore, we will highlight 3 of the best web3 wallet alternatives in the world presently.

MetaMask is one of the most popular web3 wallets in the world. According to Consensys, in a press release in August 2021, MetaMask has 10 Million MAUs (monthly active users). MetaMask is a web3 wallet that has both a mobile app version and also a browser extension version and is used for interacting with different DApps across the blockchains.

MetaMask was created in September 2016, and it has been the primary go-to wallet in terms of interacting with web3 platforms. It has also been a central catalyst in adopting decentralized applications on the Ethereum blockchain.

TrustWallet is another popular worldwide wallet with an estimated 10 million users. Trust wallet allows users to store and manage their cryptocurrencies and non-fungible tokens securely. Furthermore, the wallet is a blockchain agnostic wallet that supports various chains’ assets. In simpler terms, you can store any type of token with Trustwallet.

Trust wallet launched in 2017, and after it gained recognition by the cryptocurrency community, it was acquired by cryptocurrency exchange giant  Binance. As a result, users can buy and sell tokens easily with the built-in support created by Trust Wallet to support popular crypto exchanges.

The most secure type of web3 wallet are hardware wallets, and they are regarded as one of the best web3 wallets because of their security. Either Ledger or Trezor is a good choice to go for, and they both allow connection to DApps through web-based wallets.

Both Ledger and Trezor are good cold wallets with the same function of securing cryptocurrency assets. They only differ in additional functionalities; for example, LedgerX Nano offers a connection via Bluetooth instead of the normal USB connection. In addition, Trezor Model T offers touch screen navigation as opposed to the use of buttons.

You can see how important web3 wallets are in the web3 ecosystem. It is the first thing one must get when planning to get started in cryptocurrency. Web3 wallets allow storing of assets and, at the same time grant access to Dapps on various chains. Users are in total control of their assets without the presence of a third party to regulate activities,

Web3 as a sector of its own is still relatively new. Web3 wallets are continuously being developed, and there is room for more wallets with exciting additional functions. There is a high demand for Web3 developers in the sector, and web3 is a great place to consider a career switch or to start a career.

Clarusway offers the best online bootcamps on Web3 development and Blockchain you can find. They offer an intensive course that teaches everything there is to know about starting a career in web3 at an affordable fee. Clarusway also offers courses besides Web3 development like Cloud Computing, Cyber security, and Data Science. 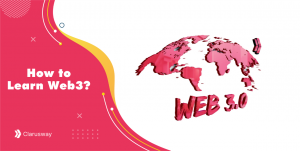 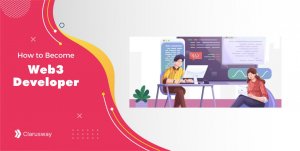 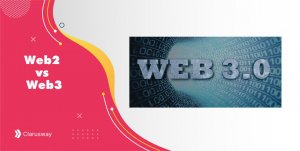 Fianchetto G.
PrevPreviousHow to Become a Web3 Developer?
NextAutomation in DevOps: What is DevOps Automation & Why to Automate DevOps?Next
We use cookies on our website to give you the most relevant experience by remembering your preferences and repeat visits. By clicking “Accept All”, you consent to the use of ALL the cookies. However, you may visit "Cookie Settings" to provide a controlled consent.
Cookie SettingsAccept All
Privacy & Cookies Policy