What is SQL? Beginner Guide to the SQL Language 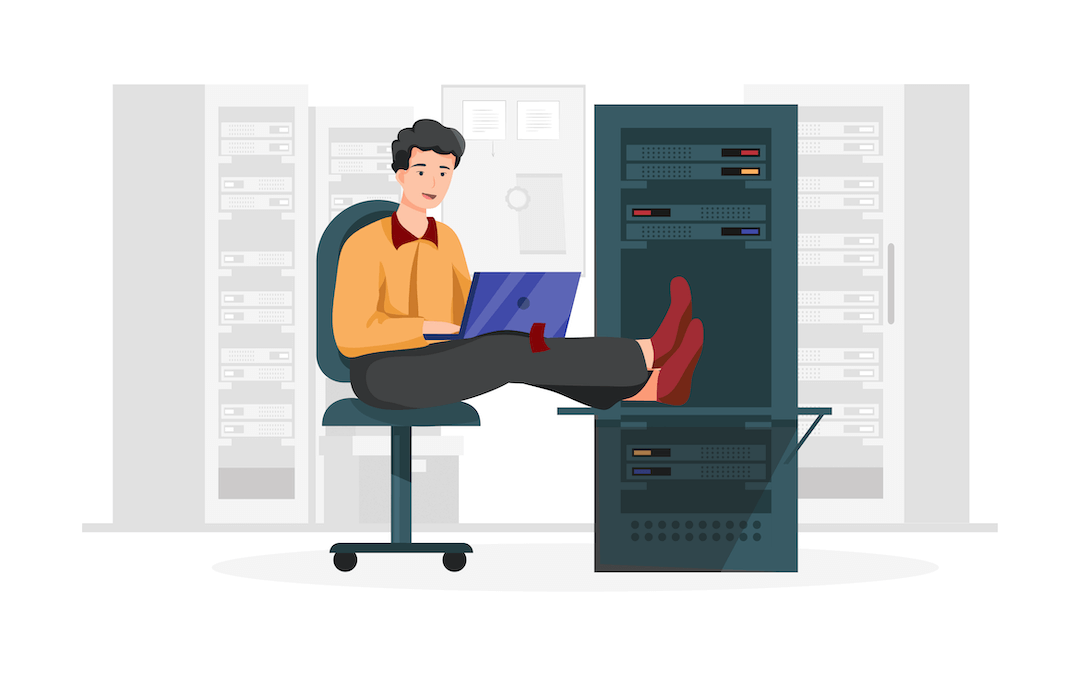 If you are here, SQL, the ancient language of the software and database concept, preserves its “indispensable” quality.

Especially in the last 50 years, many software languages ​​have been developed and the technologies used are changing every day. On the other hand, companies are rapidly searching for experienced personnel with valid SQL certification.

Because SQL is used extensively in all software processes, it is also indispensable for analysts who will generate meaningful information from the available data. In addition, the transfer of data to the database and database development process is completely carried out by SQL Developers.

So, I can hear you ask, how can I learn SQL? I can say that you are in exactly the right place for this.

In this article, in which I aim to introduce SQL to you, I will explain different SQL concepts and guide you to quality educational content. Enjoy… 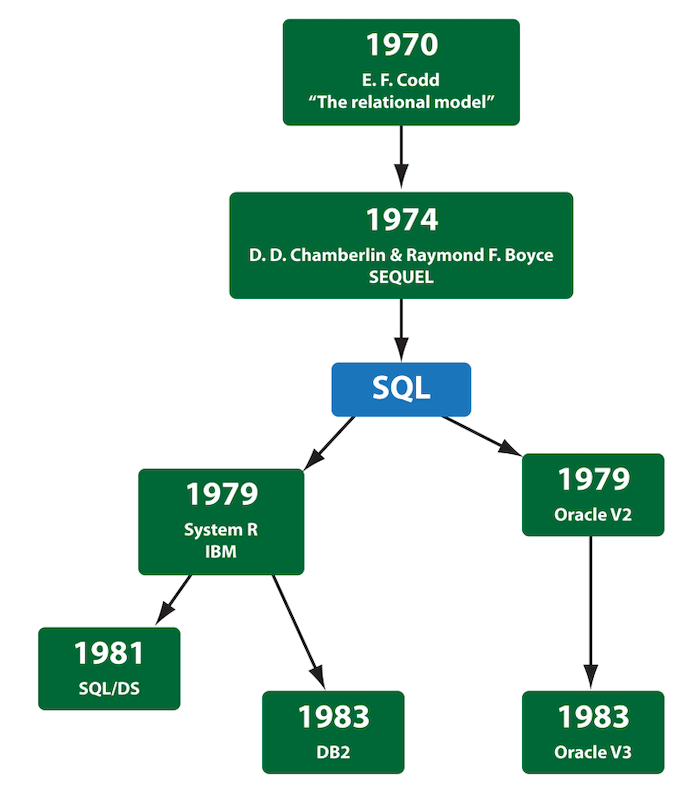 Developed for the first time in the early 1970s by IBM engineers Donald Chamberlin and Raymond Boyce, SQL was designed to access and intervene data stored in System R, the first relational database management system used in the IBM research lab.

Relational Software INC at the end of the 1970s (Oracle) recognized the importance of SQL, developed its own SQL-based RDBMS, and released the first SQL Oracle V2 version in 1979.

Not wanting to lose its competitive power in the market, IBM introduced the SQL database systems named System / 38, SQL / DS, and DB2 as a commercial product in 1979 and the following years.

Subsequently, SQL became a standard of the American National Standards Institute (ANSI) in 1986 and the International Organization for Standardization (ISO) in 1987.

Before I talk about what SQL is, I will have to explain some concepts.

Let’s start with the data concept first. Data = information. Especially with the invention of writing, the knowledge and experiences of human beings started to be recorded for later use. The information recorded and used with traditional means until the 20th century has now been transferred to digital platforms. This technology slightly changed the meaning of information, and information has now begun to be called data.

Today, all companies, small or large, work with different types of data that concern them. Most people who are just starting to work with data will do this using a spreadsheet. Some software such as Microsoft Access can be used to process and analyze data. However, as the volume and complexity of the data you are working on increases, these tools can become inefficient.

At this point, the relational database (RDBMS) concept emerges.

Relational databases, as the name suggests, refer to data storage structures in which multiple entities are in a certain relationship with each other. A Relational Database Management System (RDBMS) is a system used to manage relational data. Popular RDBMSs include Microsoft SQL Server, MySQL, and Oracle

Here, we finally get to the subject of what SQL is. SQL has been developed to manage the above-mentioned relational database systems to generate and recall the required information.

For example, consider the following table:

Each row has a clear relationship; a particular staff member gets a job in a particular department and receives a specific salary. Columns are also known as fields, rows are known as records.

In SQL, a query is created using different command words. According to their intended use or case of joint use, these commands are classified as sub-languages ​​of SQL, which we will examine below.

DDL commands are used to define a table, a database, or any database object. CREATE, ALTER, DROP and SELECT INTO count as SQL commands in this category.

DML commands are used when you need to update data or perform calculations or operations on it. INSERT, UPDATE, MERGE and DELETE count as SQL commands in this category.

If you want to do some authorization or control operations such as allowing or denying some actions on the data, you should work with DCL commands that include GRANT and REVOKE commands.

This final SQL concept consists of the SELECT command used to retrieve data from the database.

Why is SQL Preferred for Data Analysis?

Although engineers widely use SQL in software development, it is also popular among data analysts because it is semantically easy to understand and learn.

Also, because SQL can be used to access large amounts of data directly from where they are stored, analysts do not need to copy the data to other applications.

On the other hand, compared to spreadsheet tools, data analysis done in SQL is easy to audit and copy. For data analyst jobs, this means no longer searching for the cell with a typo in the formula.

Imagine that you’re looking for a movie or actor to your liking on Netflix. You can take advantage of the categories or the search bar in the menu. Here, as you browse an application like this, SQL is responsible for returning the information you “request” each time you click a link. Because it is not in sight, SQL is always in the role of a hidden hero.

You can make some comparisons to catch some breakdowns in your past sales data. For example, you may want to compare your sales in the last month, where you made a discount campaign, and your sales this month, when you removed the discount, from different angles.

As another example, he can use SQL to compare sales figures before and after running the ad to understand an ad campaign’s effectiveness.

In this way, you can compare the performance of different sales promotion programs and determine your sales policy accordingly.

Apart from these, a business manager thinking about innovating for resources and expenses can compare which resources are used efficiently and which are unnecessary by using SQL, thus making more consistent decisions.

How to Learn SQL?

You can find many open sources on this subject and learn SQL by participating in paid certificate programs, online courses, or boot camp training that has increased rapidly in recent years. On the other hand, with Clarusway’s Data Science training module, you can learn SQL and improve your skills as part of a special training series.

Clarusway is an IT Training School based in Europe and the United States that offers online basic education programs all over the world in different software branches.

Clarusway is in constant communication with industry circles. The education curriculum offered to students for the acquisition of new technologies is constantly updated. In this way, it is aimed that a student who graduates from Clarusway will be able to find a job in a short time by having learned the IT technologies that are currently used or wanted to be used.

At Clarusway, it is important that you graduate with maximum benefit and satisfaction as a data analyst whose hands are dirty in workshops, who are left alone with homework and projects, and who has gained the ability to solve the problems they encounter.

In the Data Analysis module, you can get all the necessary equipment for Data Analyst positions with Database Modeling and Design, GSS, Statistics, Python, Tableau courses, and Data Analysis with SQL course.

Search In The Blog

This website uses cookies to improve your experience while you navigate through the website. Out of these cookies, the cookies that are categorized as necessary are stored on your browser as they are essential for the working of basic functionalities of the website. We also use third-party cookies that help us analyze and understand how you use this website. These cookies will be stored in your browser only with your consent. You also have the option to opt-out of these cookies. But opting out of some of these cookies may have an effect on your browsing experience.
Necessary Always Enabled
Necessary cookies are absolutely essential for the website to function properly. This category only includes cookies that ensures basic functionalities and security features of the website. These cookies do not store any personal information.
Non-necessary
Any cookies that may not be particularly necessary for the website to function and is used specifically to collect user personal data via analytics, ads, other embedded contents are termed as non-necessary cookies. It is mandatory to procure user consent prior to running these cookies on your website.
SAVE & ACCEPT