How Can We Easily And Visually Explain Docker Compose?

Photo by Mimi Thian on Unsplash

The Compose is a tool for defining and running multi-container Docker applications. With Compose, you use a YAML file to configure your application’s services. Then, with a single command, you create and start all the services from your configuration.

1. Define your app’s environment with a Dockerfile so it can be reproduced anywhere.

2. Define the services that make up your app in docker-compose.yml so they can be run together in an isolated environment.

3. Run docker-compose up and Compose starts and runs your entire app.

Common use cases of Docker Compose:

Compose can be used in many different ways. Some common use cases are outlined below.

The compose-file provides a way to configure all of the application’s service dependencies (databases, queues, caches, web service APIs, etc). Using the Compose command-line tool you can create and start one or more containers for each dependency with a single command ( docker-compose up).

Together, these features provide a convenient way for developers to get started on a project. Compose can reduce a multi-page “developer getting started guide” to a single machine-readable compose-file and a few commands.

Compose has traditionally been focused on the development and testing workflows, but with each release, docker-compose is making progress on more production-oriented features.

We actually can run two containers with a single command in a single host that is shown above and below;

1.Step: Spin up an AWS EC2 instance that will provide permission to SSH from 22 port and also open 6379 and 5000 ports from the security groups.

3.Step: For Linux systems, after installing Docker, you need to install Docker Compose separately. But, Docker Desktop App for Mac and Windows includes “Docker Compose” as a part of those desktop installs. We will download the current stable release of the “Docker Compose” executable.

Apply executable permissions to the binary.

Check if the “Docker Compose” is working.

If you are getting the same result that is shown below, you successfully downloaded Docker Compose.

4.Step: Building a web application by using Docker Compose; create a folder for the project and work under that folder.

5. Step: Create a file called `app.py` in your project folder and paste the following python code in it. In this example, the application uses the Flask framework and maintains a hit counter in Redis, and `redis` is the hostname of the `Redis container` on the application’s network. We will use the default port for Redis, `6379`.

7. Step: Create a Dockerfile which builds a Docker image in your project folder.

The image contains all the dependencies for the application, including Python itself.:

* Build an image starting with the Python 3.7 image.

* Set the working directory to `/code`.

* Install gcc and other dependencies

* Copy the current directory `.` in the project to the workdir `.` in the image.

* Set the default command for the container to flask run.

8.Step: Create a file called “docker-compose.yml” in your project folder.

9. Step: Finally you will have just four yaml file that is shown below.

10.Step: Everything is ready and now is action time. Type the command “docker-compose up” on your terminal.

11.Step: Enter http://”ec2-host-name”5000/ in a browser to see the application is running.Whenever you refresh your browser, the counter will increase the result number.That means that your service in the container is up and running.

13.Step: Remove the containers with “docker-compose down “ command.

1. Verify the installation with the command:

2. Print list of information about running containers from current docker-compose.yaml

3. Terminal into the docker container

6. Start the docker container in the background

7. Remove all docker containers in the repository

That’s the conceptual framework. I clarified some of the terms you’ll see in the Docker-compose ecosystem.

Hopefully this overview has helped you better understand the Docker-compose landscape. I also hope it has also opened your eyes to the value of metaphors in understanding new technologies.

If you found this helpful please share it on your favorite social media so other people can find it, too. 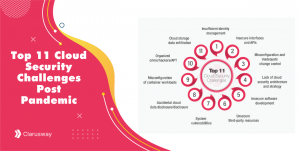 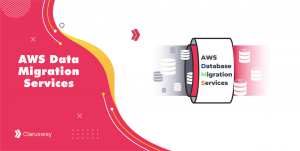 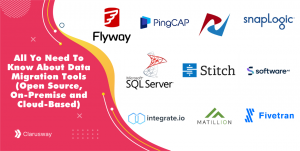 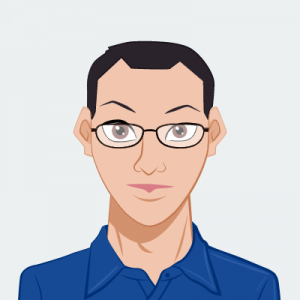 Nihat Ferda
Salesforce Certified Administrator & Developer, Technical Writer Nihat FERDA, a technical writer, holds a bachelor of science in electronics engineering, along with Salesforce Administrator and Developer certifications. He writes on several topics with varied skills, such as DevOps engineering, Cyber Security Ops, AWS, Agile, Jira, Linux, and Python.
PrevPreviousA New Version of Matplotlib Cheat Sheet
NextClarusway of Development EnvironmentNext
We use cookies on our website to give you the most relevant experience by remembering your preferences and repeat visits. By clicking “Accept All”, you consent to the use of ALL the cookies. However, you may visit "Cookie Settings" to provide a controlled consent.
Cookie SettingsAccept All
Privacy & Cookies Policy