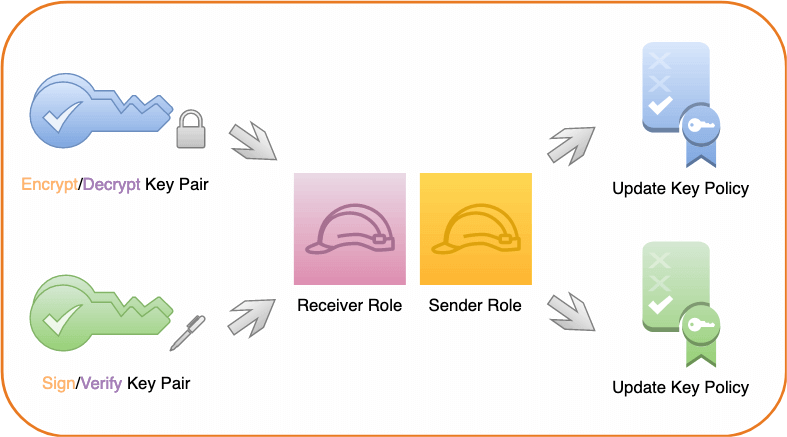 Wondering What A “Key Pair” Is?

When you want to launch an EC2 instance in AWS, you need a key pair. A Key Pair AWS helps us to access our instances without using a password. Key pairs improve the security by preventing the password from being kept in a file and prevents password stealing from your compromised computer. This key pair consists of a private key (a file with the extension of .pem/.ppk) and a public key (using a private and a public key is the asymmetric encryption method).

When connecting to an instance, you must specify the name of the private key and its directory. This command is used for connecting to a linux instance via ssh: 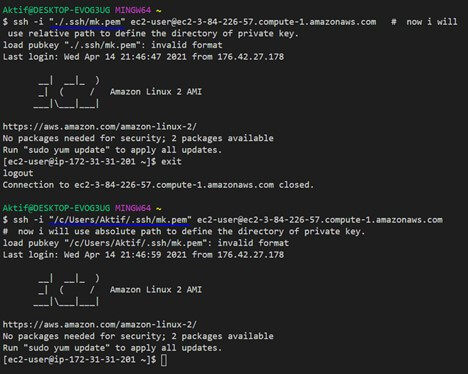 Wondering How To Create Key Pairs?

We’ll show you three ways of creating key pairs. One method is to run the “ssh-keygen” command and the other ways will be set up from the AWS Console.

ssh-keygen is a command/tool (OpenSSH format) for generating authentication key pairs for SSH.

SSH supports other public key algorithms (rsa, dsa, ecdsa, ed25519) for key pairs (in this article we will use rsa.) You can use the “ssh-keygen -m PEM” command for generating a new set of key pairs. By default, the command creates a private key whose name is “id_rsa” and a public key whose name is “id_rsa.pub” (NOTE – you can change the name of key pairs). After you run the command, it asks where to save the file. Best practice – store key pairs in the .ssh directory under the user’s home directory locally. After that, you need to import your Public key contents from your local computer to AWS. Then you can easily access your EC2 instance with created key pairs.

The first way you can create a key pair from the AWS console is to create a key pair when you are launching your EC2 instances. The picture shows the last step (Step 7: Review Instance Launch) of launching an instance. You can create your key pair with “Select an existing key pair or create a new key pair” pop-up window. First choose the “Create a new key pair” then write the name of the key pair and click the “Download Key Pair”. You need to download the file because you will not be able to download it again after it is created. 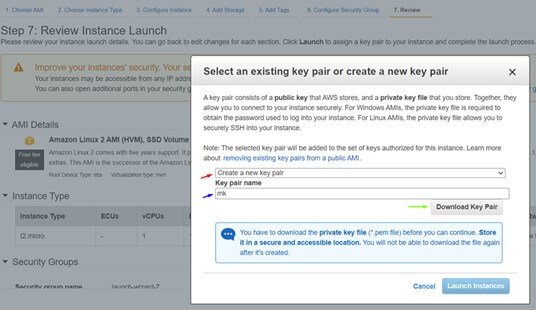 The second way you can create a key pair is to use the EC2 console. Open the EC2 console. In the navigation pane, under the NETWORK & SECURITY, click “Key Pairs”. Then, in the upper right corner of the page click “Create Key Pair.” 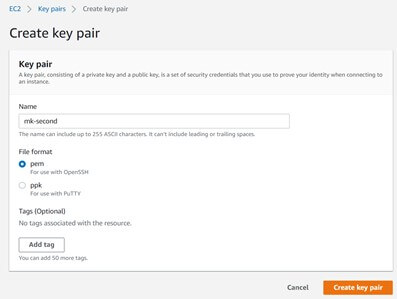 First, launch an EC2 instance with the private key that you want to import to another region and connect that instance via ssh. Under the home directory of ec2-user, there is a hidden “.ssh” directory. Under the “.ssh” there is a file whose name is “authorized_keys” that stores contents of the public key. You can also see your public key contents in the metadata of the instance with this command “TOKEN=`curl -X PUT “http://169.254.169.254/latest/api/token” -H “X-aws-ec2-metadata-token-ttl-seconds: 21600″` && curl -H “X-aws-ec2-metadata-token: $TOKEN” -v http://169.254.169.254/latest/meta-data/public-keys/0/openssh-key”.

In our example, we have successfully imported our key pair from N.Virginia region to Ohio region. We can use the same key in both regions (N.Virginia and Ohio)

Here’s How to Import The Key Pair To Another Region

You may want to move the key pair to other regions for a number of reasons. You can import key pairs to another region in the EC2 console.

Switch to the Ohio region and open the EC2 console and in the navigation pane under the NETWORK & SECURITY click “Key Pairs”. In the upper right corner of the page, click “Actions” button and choose “import key pair”.

Write the same name of the key pair created in N.Virginia region. After that, if you have your public key file you can select it with the “Browse” button or paste the contents of the public key into the text box. You can generate your public key with this command “ssh-keygen -y -f mk-second.pem > $HOME/.ssh/mk-second.txt” in the directory of your private key file. 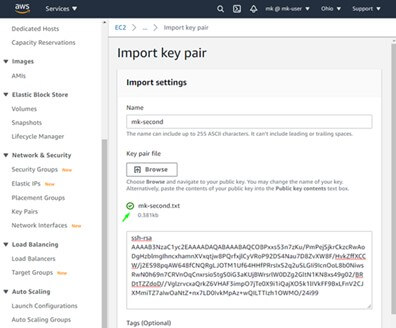 Search In The Blog

This website uses cookies to improve your experience while you navigate through the website. Out of these cookies, the cookies that are categorized as necessary are stored on your browser as they are essential for the working of basic functionalities of the website. We also use third-party cookies that help us analyze and understand how you use this website. These cookies will be stored in your browser only with your consent. You also have the option to opt-out of these cookies. But opting out of some of these cookies may have an effect on your browsing experience.
Necessary Always Enabled
Necessary cookies are absolutely essential for the website to function properly. This category only includes cookies that ensures basic functionalities and security features of the website. These cookies do not store any personal information.
Non-necessary
Any cookies that may not be particularly necessary for the website to function and is used specifically to collect user personal data via analytics, ads, other embedded contents are termed as non-necessary cookies. It is mandatory to procure user consent prior to running these cookies on your website.
SAVE & ACCEPT